Every crime scene leaves a trace....

With the advances in DNA testing and technology, it's becoming harder and harder to commit the perfect crime.  However, DNA alone doesn't always bring about justice.  All the different pieces of evidence must come together to prove a person's guilt.  Fingerprints, DNA, natural and synthetic fibers, impressions, along with witness accounts are all pieces of the puzzle that must be examined and correlated in order to put the right person behind bars.

A crime has been committed on school grounds.  Someone has been growing marijuana plants on school ground.  But who?  We don't know yet.  It's up to our brightest team of detectives to figure that out.  Based on the evidence at the crime scene, it's possible we can figure out who the criminal is.  However, we have to do everything just right...there really is science behind it.  Without science there may be tainted evidence and tainted evidence may mean no justice!

Bring your yellow tape; we're off to the scene of the crime!

As we work together to solve this crime and eventually make our own crime scene, let's share what we are learning with each other.  To do this, post resources or ideas on our wiki at http://crimesceneworkshop.wikispaces.com/. 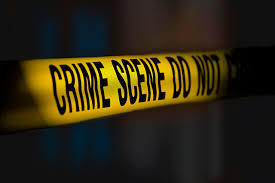 Forensic science is using science in the context of a crime....and someone's life may depend on it!