Average Length: Approx. 5 feet. Type of Weapon: Close Hand-to-hand. Commonly used by: Most classes. Called the 'Hand and a Half Sword' and a score of other names, this sword was the epitome of the Middle Ages. It was, obviously, long, and very strong and heavy. It was hard to lift and wield, but it was incredibly strong. It the fighter could use it well enough, it could snap inferior blades, shields, and armour easily. It was slow to maneuver, but its size and durability were a major advantage.

Average Length: Approx. 3 feet. Type of Weapon: Close Hand-to-hand. Commonly used by: Most classes. This sword was light, thin, and razor sharp. It was much easier to heft and to wield than the long sword, and much speed could be generated. However, due to its size, it could be held at bay by a longer weapon. It could also be broken by a more durable piece of equipment. It was very fast and hard to defend against, but it was hard to gain the offense with it.

Average Length: Approx. 3 feet. Type of Weapon: Close Hand-to-hand. Commonly used by: Officers, and in ceremonies. This sword, also called a Saber, was a very elegant weapon, used much in ceremonies and such. The curved shape was useful for 'catching' the enemy's blade and whipping it out of the way. Its style and elegance were intimidating, but such an oddly shaped piece of metal would be hard to wield and sheath.

Average Length: Approx. 3 feet. Type of Weapon: Close Hand-to-hand. Commonly used by: Pirates, bandits, and lawbreakers. This weapon was much like a saber, though usually the blade was wider. Sometimes the saber was thicker, but usually they were about equal. Often this sword would be decorated with rings, carvings, and tallies of kills. This weapon was wicked looking and intimidation was a major factor in its use.

Books In Our Library You Can Use

Use Destiny Quest to find these books!

Provides an overview of the evolution of military conflicts from the fifth through the fifteenth centuries, describing changes in the make-up of the armies, fighting tactics, and weapons.

Explores the many aspects of knights, knighthood, armor, and heraldry of the Middle Ages, describing the weapons they fought with and the armor they wore.

Contains articles that examine over one hundred topics related to weapons and warfare, arranged thematically in two volumes; featuring overviews of main weapons groups, their development and uses, and exploring major historical periods and regions...

Search for More Weapons on the Web

Go Out To Eat 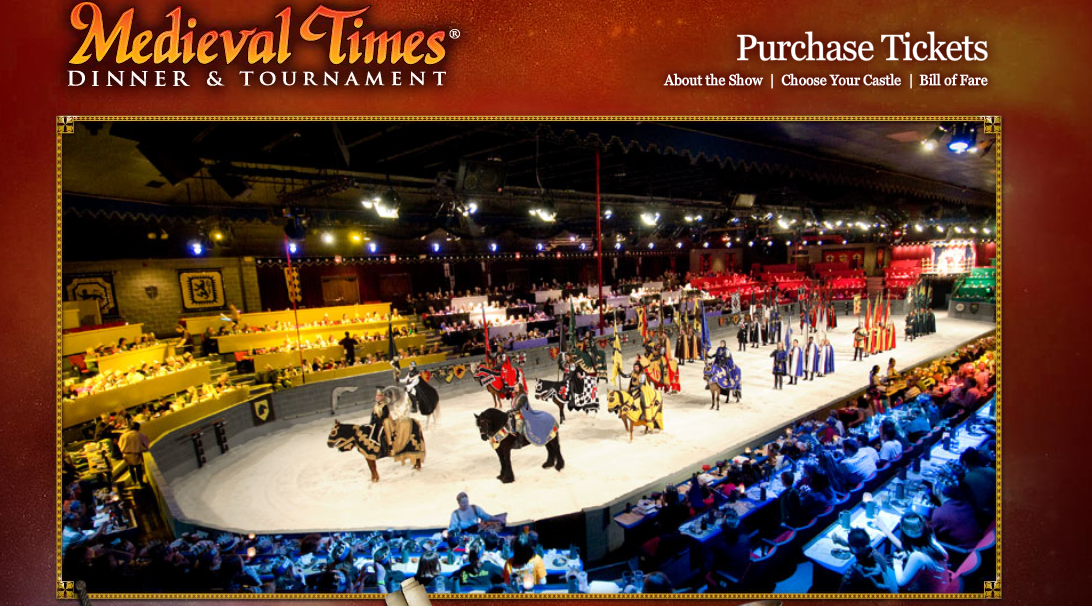 Click on the picture above to see how you can visit a Medieval Times restaurant and watch this live. 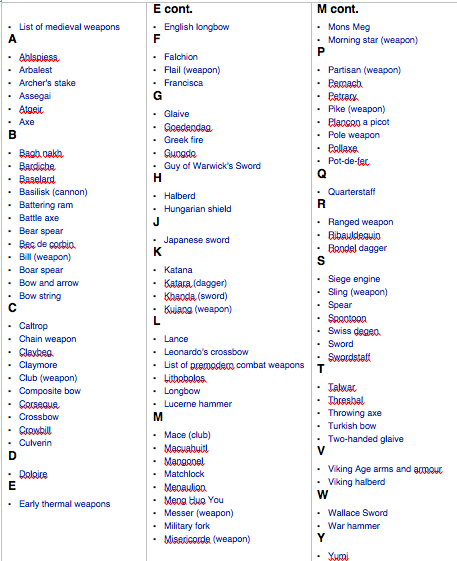