More for the War 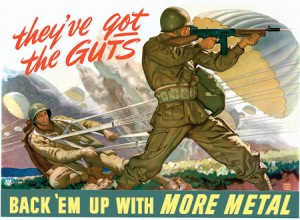 Drives were very popular throughout the second World War, where such items as scrap metal, rubber and clothing would be collected and used towards the war effort. On the home front, sacrifice was a common theme throughout the years of the war. Scrap metal drives were conducted throughout the US to gather materials to build tanks, ships, planes and weapons.  The production of synthetic rubber in the United States expanded greatly during World War II, since the Axis powers controlled nearly all the world's limited supplies of natural rubber by mid-1942 once Japan conquered Asia. Military trucks needed rubber for tires, and rubber was used in almost every other war machine. Clothing would be collected and re-used to outfit soldiers as well as to provide materials for parachutes and other items used for warfare.

Stars Doing Their Part During the War 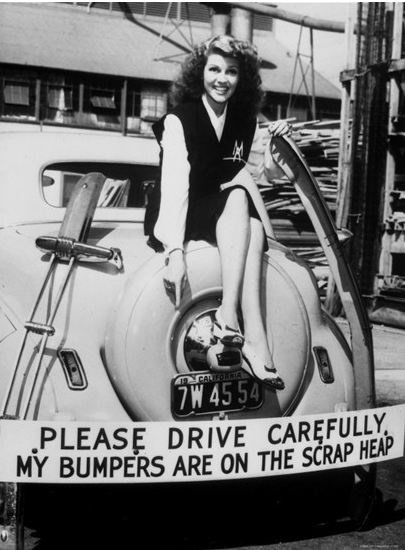 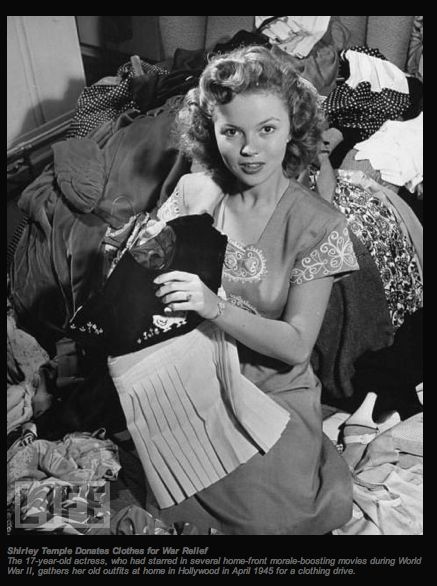 During World War Two, nylons were used to produce parachutes and therefore not accessible to the women of the home front. Most often times they painted on their seams with eyeliner.

Images of The Drives 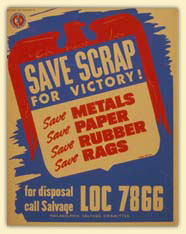 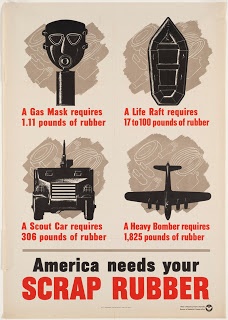 How does the scrap metal drive relate to today's recycling?