Skip to Main Content
It looks like you're using Internet Explorer 11 or older. This website works best with modern browsers such as the latest versions of Chrome, Firefox, Safari, and Edge. If you continue with this browser, you may see unexpected results.

Are You Buggy?: Home

There are all kinds of bugs around the world 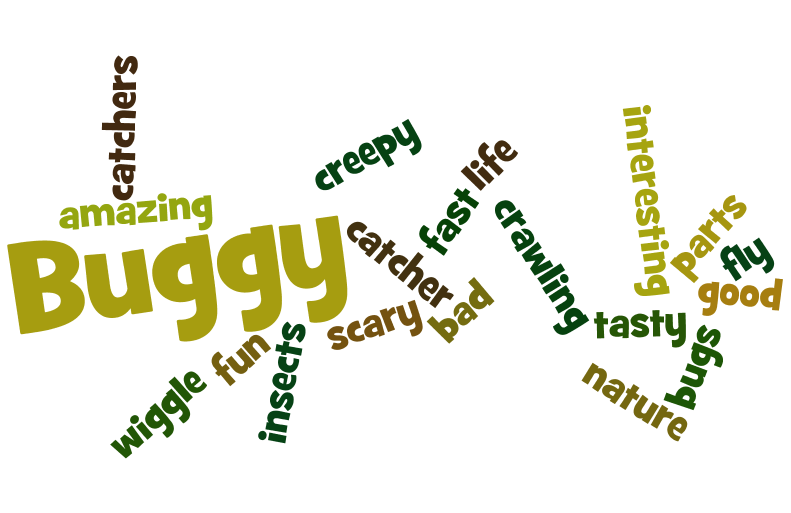 You can try making a word collage like this in http://www.wordle.net/

Although there are other giant insects that are longer, or wider than the Goliath Beetle, this guy holds the record for biggest insect because of its weight.  They can grow up to 4.5 inches long and weigh up to 3.5 ounces.