What Is Traditional Literature? 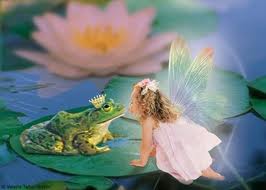 What Is Traditional Literature?

Often comprised of short, high-quality literature that facilitates the formation of a common, human bond, folklore originated in an oral format.  It typically has fast-moving plots that often offer humorous, happy endings.  The characters are typically flat, being either completely good or completely evil.  Rich language and a variety of language patterns are evident.  Such language facilitates vivid imagery within the readers mind.  Motifs, or the smallest part of the tale that can stand independently, are often evident in traditional literature.  Motifs include magical powers, transformations, magical objects, wishes, and trickery.

Sometimes, traditional literature includes variants, or a different version of a common story.  According to Huck/Kiefer (2010, p. 238), "each variant has basically the same story or plot as another, but it might have different characters and a different setting or it might use different motifs".

Folklore itself appears in various forms, including cumulative tales, pourquoi stories, beast tales, wonder tales, and realistic stories. Regardless of its form, its purpose is to entertain.  Each form has unique characteristics, as follows:

For additional information about traditional literature, follow this link, and browse the web links listed below.